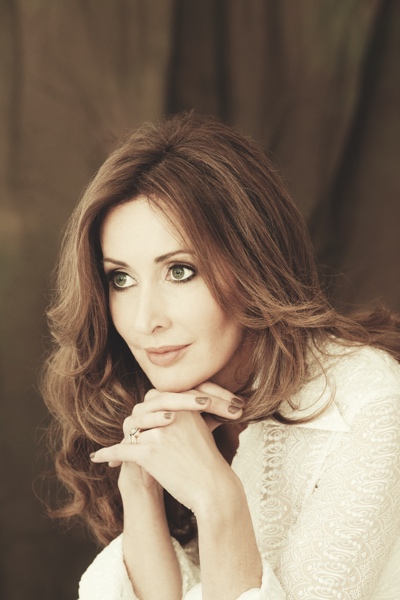 Marina Prior, Class of 1981
Whilst at School, Marina learnt singing, piano, flute and guitar. Upon graduation, she commenced studying a Bachelor of Music degree at Melbourne State College, but in 1983, she auditioned for a role in Pirates of Penzance with the Victorian State Opera and won a leading role, thus starting her illustrious career in musical theatre.

In 1984, Marina was cast as Guinevere in the Australian production of Camelot with Richard Harris and then went on to star in numerous productions including Cats, The Student Prince, Anything Goes and Les Miserables.

One of her most iconic roles was starring opposite Anthony Warlow and later Rob Guest, in Phantom of the Opera between 1990 and 1993. Subsequently she appeared in productions with the Ensemble Theatre, Melbourne Theatre Company, Sydney Theatre Company and the Production Company.

Marina toured Australia with Jose Carreras and later starred in leading roles in Mary Poppins, The Sound of Music and Hello Dolly.

Marina has released a number of albums and is a regular contributor to Melbourne’s Carols by Candlelight. Since 2005, she has been a goodwill Ambassador for Samaritan’s Purse, an organisation that assists with development projects in Asia.

Marina has been recognised by her peers having won two Mo Awards, three Green Room Awards and has also been nominated three times for a Helpmann Award for Best Female Actor in a Musical. Marina. She was inducted into Australia’s 100 Entertainers of the Century.

A Passion for Film 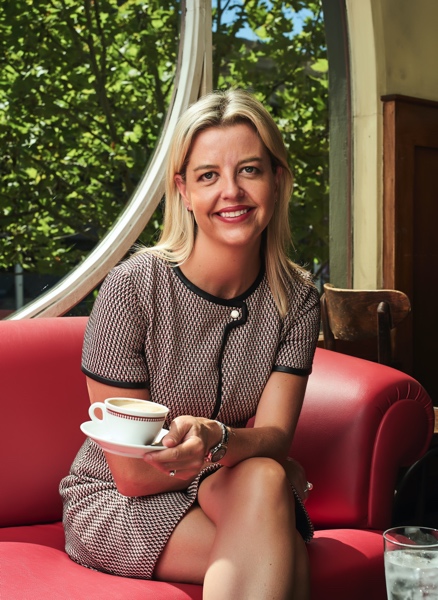 Caroline Pitcher, Class of 1991
After graduating from Korowa and studying at RMIT, Caroline Pitcher worked in tourism marketing at Parks Victoria, before being appointed the Marketing and Communications Manager for the Royal Botanic Gardens. From these green, open spaces, Caroline moved into an area that she has always been passionate about – the Australian screen industry.

Over her long career in the industry, Caroline has helped position Melbourne as a leading destination for Hollywood screen production, including HBO’s epic WWII drama The Pacific; led business growth strategies and managed post-production on projects including the acclaimed film Lion. As CEO of Ausfilm, she promoted Australia’s screen credentials and capabilities around the world.

Caroline served as a Film Victoria Board Member from February 2013 to September 2017. In late 2017, she was appointed CEO of Film Victoria, a role that sees her support the film, television and digital games industries.

Reflecting on her time at Korowa, Caroline stated ‘I feel tremendously privileged to have received a Korowa education. The school gave me the confidence to believe in myself, to have high expectations where, as a woman, I could embrace any career possibility’. 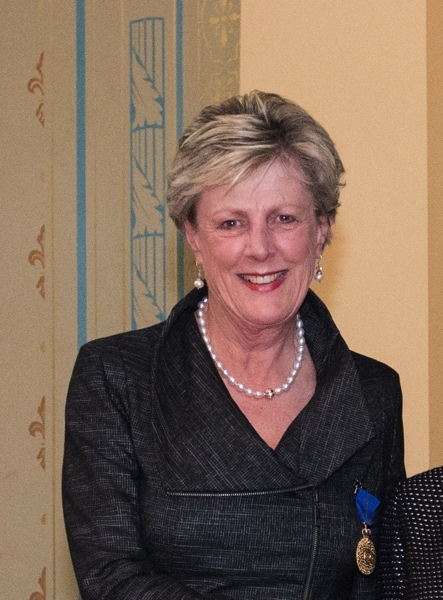 Dr Jennifer Johns AM, Class of 1970
Jennifer graduated in Medicine from the University of Melbourne in 1976. Since then she has gone on to become one of Australia’s most distinguished cardiologists. She has practised in both the UK and the USA. In 1987, she was appointed to the Austin Hospital where she has held a number of roles, including Medical Director of Specialty Services CSU, Director of Cardiology and Director of Cardiac Services. She also has a private practice at the Epworth.

In 2014, Jennifer was elected as the first female president of the National Heart Foundation serving until 2018.

Jennifer is also very involved in community work and, in this capacity, has made nearly 20 trips to Sri Lanka as part of the Australian Sri Lanka Medical Team (AuSLMAT). Following the Boxing Day tsunami in 2001, this group has helped vulnerable people by providing medical equipment and assistance at rural hospitals.

In a long line of achievements, Jennifer received an Australia Day Achievement Award in 2008 for her work at the Austin Hospital and the Premier’s Lifetime Achievement Award at the Victorian Public Health Awards in 2011. Jennifer was made a Member of the Order of Australia (AM) in the 2015 Queens’ Birthday Honours for significant service to medicine, particularly cardiology, as a physician, researcher and mentor, and to the not-for-profit sector. 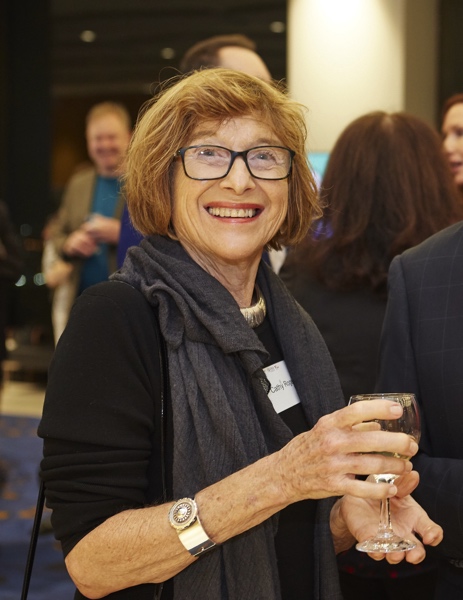 Cathy (Favaloro) Rogers OAM, Class of 1962
Cathy graduated from Korowa in 1962 and in 1963; she was awarded an American Field Scholarship to spend a year in the USA. Upon her return, she completed an Arts / Social Work degree at the University of Melbourne.

Cathy worked in Australia and the UK as a social worker in various settings, including foster care and adoption. Her experience working with families led to her establishing a cross-cultural consultancy with her husband in 1990, which they jointly ran until 2015 when the business was transferred to the staff.

From an early age, Cathy had piano lessons and following her marriage, completed her A Mus A in organ.
Throughout her adult life, Cathy has devoted herself to supporting talented young musicians. She has hosted regular fundraising events and volunteered countless hours to the Melbourne International Chamber Music competition, as board member, Director and subsequently Deputy Chair. Her work has helped enhance Australia’s cultural reputation, and has elevated chamber music internationally. She also regularly hosts community concerts, where children of varying abilities receive her enthusiastic support and the opportunity to play on a wonderful piano.

All Cathy’s roles in music have been voluntary. Her joy in helping young musicians is obvious. It is Cathy’s tireless work in this area over almost two decades that in 2020 earned her an OAM in the June Queen’s Birthday Honours for service to Chamber Music.

The School motto has always been a guiding principle for Cathy, though she claims the rewards (the palms), have far outweighed (the dust), the efforts. 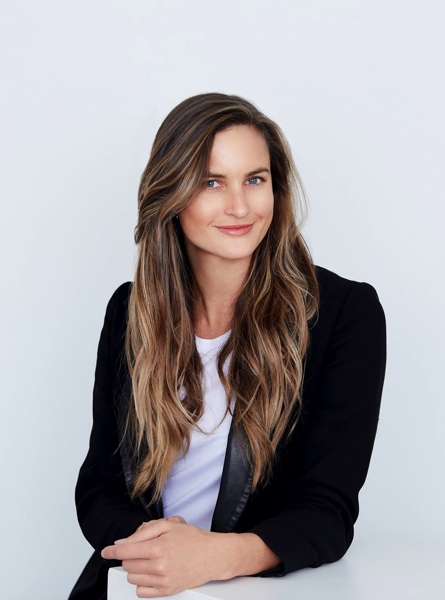 Sage Lamont (Greenwood), Class of 2007
Whilst still at School, Sage started modelling and continued this through university. Whilst gaining a Bachelor of Law (Hons) and a Bachelor of Business, Sage embarked on a modelling career that took her to London, Paris and Milan. Upon completing her studies, she felt she wanted to use her business learnings and apply them to the industry she had learnt so much about. Upon returning to Australia in 2013, Sage was appointed to launch the Melbourne office of Wink Models, one of Australia’s leading talent agencies.

In 2016, she was appointed Managing Director and before she left in 2019, had grown the company to a multi-million dollar revenue stream, whilst also improving diversity and inclusion within the industry. She was the driving force behind the very first disabled models on an Australian runway.

However, Sage has always had a great interest in natural health and wellness and with her innovative and entrepreneurial spirit, in 2016 co-founded Golden Grind, a company that promotes the anti-inflammatory properties of turmeric. She also co-founded in 2019 a cloth nappy company, Be Bliss Baby. It provides cloth nappies and educates 21st century parents on how they can make the environmental switch from disposable nappies, to cloth.

Sage has recently taken up a position at SBE Australia, which specialises in helping women build and scale global, sustainable businesses – a role to which she brings her considerable experience and expertise!

The Dynamic World of Biomedical Engineering 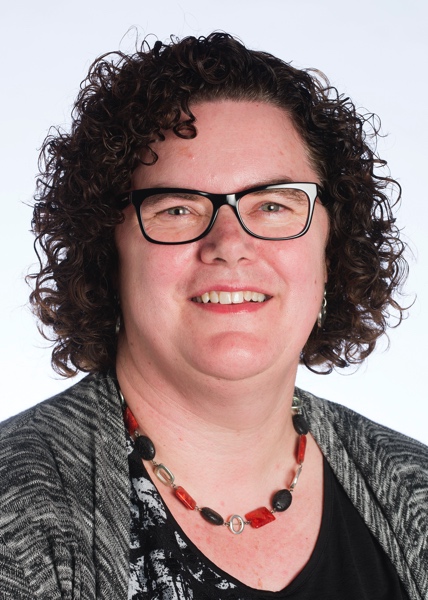 Andrea O’Connor, Class of 1985
Andrea studied engineering at the University of Melbourne after completing Year 12 at Korowa in 1985 where she was Vice Captain of the School. She built on her enjoyment of mathematics and chemistry at school to become a chemical engineer, which led her to work in the chemical industry in Australia, the US and Japan. She subsequently returned to the University of Melbourne to do a PhD in engineering. In 1995, she was awarded a Fulbright Postdoctoral Fellowship to undertake research in chemical engineering at Massachusetts Institute of Technology, USA.

As part of her research work, Andrea led the engineering team on the world-first Neopec clinical trial of breast reconstruction for women after surgery for breast cancer. 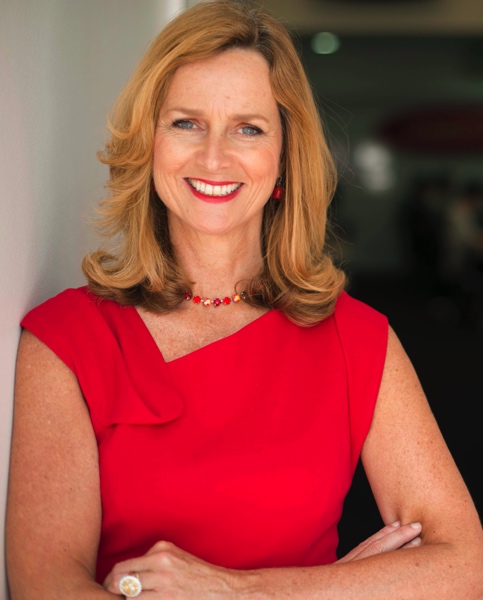 Naomi Simson (Class of 1981)
Naomi has been described as an Australian business executive, blogger, author, philanthropist and entrepreneur. She has stated that Korowa taught her ‘if it is meant to be, it is up to me’ and her CV certainly attests to that!

Naomi began her career in corporate marketing and worked with numerous companies including IBM, KPMG and Apple. In 2001, she founded RedBalloon, an online experience gift retailer that rapidly grew and, as a result, she formed the Big Red Group in 2017 that incorporated other businesses.
In 2014, she was named one of the ‘Sharks’ on Network Ten’s Shark Tank. In addition, Naomi is a top rated blogger, an author of two books, a Council Member for Voiceless (an animal protection agency) and a Governor of the Cerebral Palsy Alliance.

Naomi has won recognition and numerous awards throughout her business career including the 2005 Westpac NSW Entrepreneur of the Year. Additional awards include the National Telstra Business Women’s Award for Innovation in 2008, and being a 2011 finalist in BRW’s Entrepreneur of the Year.
In 2012, Naomi was also recognised by LinkedIn as one of the World’s Most Influential Thought Leaders, a recognition shared by only 150 people. In October 2018, she was named in The Australian Financial Review 100 Women of Influence Awards in the Business and Entrepreneur category.