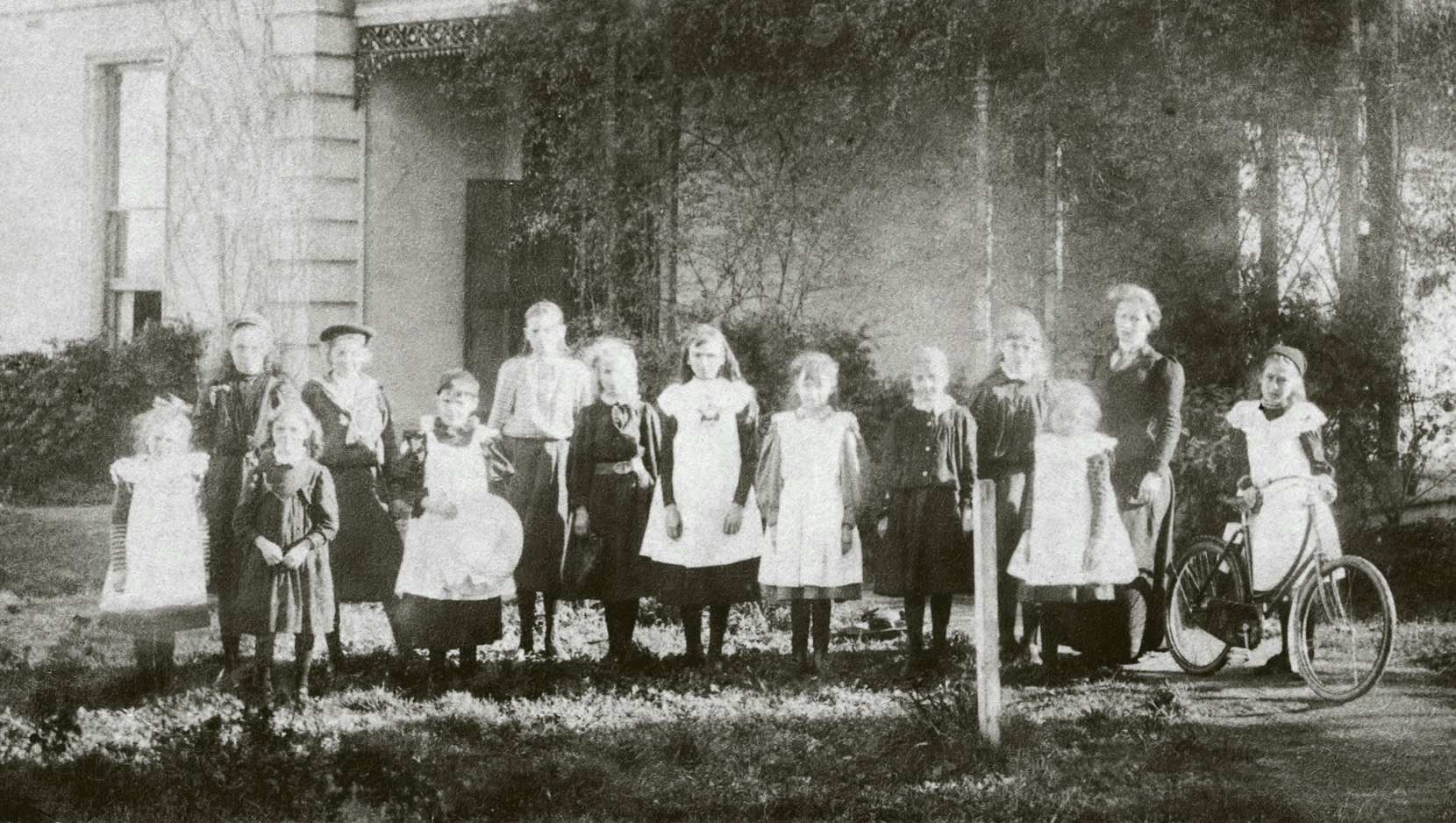 Korowa Anglican Girls’ School was founded through the foresight of Mrs Henrietta Akehurst who sought to create an outstanding educational experience for girls.

She opened her Girls’ High School in her own home in Pine Grove Malvern in 1899 with just one student. Her daughter Miss Ethel Akehurst was the Head Teacher. As enrolments grew in 1900, the School moved to a two storey house in Wattletree Road and in 1906 Korowa was registered as School No 5. In 1910 Korowa acquired the Malvern Ladies’ College in Valetta Street Malvern with a foundation date of 1890.

The School relocated to nearby Glen Iris in 1914 within the grace and grandeur of ‘Ranfurlie‘. This imposing residence originally called ‘Everton’ was owned by Mr George Kerferd (Premier of Victoria 1874-75) and subsequently the Hon William Knox, MHR who named the home ‘Ranfurlie’, which is now the name of the Crescent in which the school is located.

The School was officially named Corowa in 1899, but later changed to Korowa to avoid confusion with the township of Corowa in 1900.

From 1910 to 1918, it was a Presbyterian school for girls, but in 1919 was incorporated by the Diocesan authorities as a Church of England Grammar School. In 1982, when the Diocese of Melbourne adopted the title Anglican instead of Church of England, the school became Korowa Anglican Girls’ School.

In 1989, Korowa became a Corporation limited by guarantee.

The Latin school motto Palma Non Sine Pulvere, in use since 1908, is a quote from Horace, the Roman poet. It directly translates to ‘no palms without dust’ referring to the prize of palms or a wreath awarded to the winners of chariot races. In a modern context it means ‘no reward without effort’. This phrase is the grounding of Korowa’s identity as we prize ‘effort’ and celebrate achievement. A silver badge featuring crossed palms with KCS (Korowa Collegiate School) was used from 1903 to represent the School.

This is a symbolic representation of both our past and our future and the current version has been in use since 1920.

The palm leaves are a symbol of celebration and victory and were a feature in the school gardens before the move to ‘Ranfurlie‘ in 1914. The Archbishop’s mitre featured in the centre of the crest symbolises Korowa’s association with the Anglican Church.

Korowa is a place to connect and we encourage a sense of belonging. Students become part of one of four Houses (with the colours of grey, pink, blue and cherry) which act as their school family.

Akehurst honours our second Principal and daughter of our founder.

Clarke honours former Archbishop of Melbourne Dr Henry Lowther Clarke who was responsible for the inauguration of Korowa as a Girls’ Grammar School.

Explore the history and stories of our Campus via our Heritage Walk.